I’ve been thinking a lot about my dad today. Tomorrow is Father’s Day – and he’s dead.

He didn’t particularly like Father’s Day – or his birthday – or really anything that focused on commemorating him. He just wasn’t that kinda guy. He was sentimental in his own way on his own terms but certainly not in traditional ways.

Thinking back about my childhood, teen years, and young adult hood I could always envision myself physically in a positive light. It wasn’t until I hit 30 that I realized and was cognizant of being morbidly obese’s because I never felt morbidly obese if that makes sense.

Then one afternoon I was at an air museum and there was an infrared exhibit that shows your body heat. I took my photo. 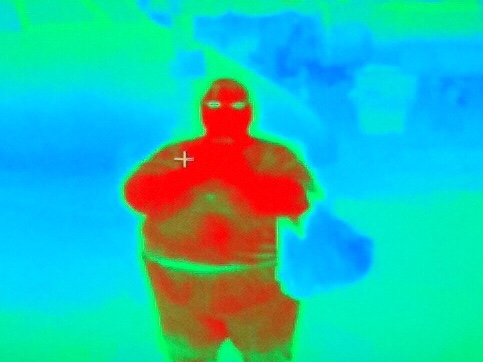 What I saw made me stop and catch my breath. I came face to face with my obesity.

I have been struggling ever since.